With over 1,000 condos, HOAs, and co-ops, the state of South Dakota has a massive number of common interest reality associations. According to CAI, an estimated 75,000 South Dakota residents live in a community association today.

As a general rule, neither your management company nor board members should attempt to make contact with delinquent homeowners in an attempt to collect the debt, beyond the initial courtesy letters. You need an attorney or a licensed collection agency to collect on your behalf. 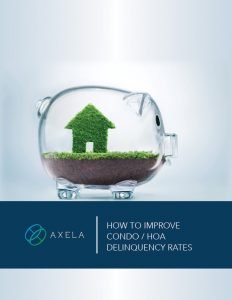 How to Reduce Your Condo/HOA Delinquency Rate

Are you living with the Consequences of nonpaying homeowners? If so, you need a better approach to collections for your community association!

This guide will will give you the same techniques that we use to help our clients reduce delinquencies, all but eliminate bad debt write-offs, and see significant savings on legal fees.

To better understand the laws for South Dakota HOAs, please refer to:

To better understand the laws for South Dakota condos, please refer to:

What are the collection laws for South Dakota?

Is an HOA or a management company considered a collection agency in South Dakota?

No, but that does not mean that a management company cannot be in violation of the collection statutes. Collections are heavily regulated and anybody who attempts to collect debts should know what they are doing.

How much can an HOA collect in HOA fees in South Dakota?

An HOA can collect as much as is legally owed to them in fees, violations, special assessments, administrative costs, and legal fees - as outlined in the governing documents of the association.

What can South Dakota HOAs association fees pay for?

South Dakota laws place no restrictions on what you can do with the money your association collects in past-due assessments. As long as the money is accounted for in the budget, aligns with the governing documents, and/or is approved by the board of directors it can be spent on any improvements or maintenance that is required by the association.

What information is a South Dakota HOA required to disclose regarding delinquencies?

An association should always contact a delinquent owner to advise them regarding what is owed. Every owner is entitled to see their ledger and know how much they are owed. An owner may request their ledger at any time and an HOA should be willing and able to provide it to them.

An association that publicly publicizes information about a homeowner's unpaid assessments potentially violates the federal Fair Debt Collections Practices Act which forbids disclosure of information to third parties relating to a debt (which includes HOA assessments).

Yes. Once a property has gone through probate and the court has decided who is the legal owner, all the past due fees are due and payable to the HOA unless the governing documents have a provision that says the debt rolls over to the association. Going forward, after probate has been settled, the new owner must pay their fair share.

Can a South Dakota HOA collect after foreclosure?

It depends. Because South Dakota is not a super lien state, a bank foreclosure will take priority over a community association’s lien and does not require the lender to provide any compensation to the association for unpaid assessments.

So, if both a mortgage-holder and a community association are foreclosing on a property, chances are often slim that the HOA will be able to collect. This is because there is often no money leftover for the HOA to collect on their debts once a bank has been paid using the sale funds. However, Axela clients are able to take advantage of a service that tracks bank foreclosures through to sale. Once the sale has concluded, Axela can petition on behalf of the association to have first access to any excess funds left over after the mortgage lender has collected.

Does an HOA in South Dakota have to attempt to collect before resorting to foreclosure?

Yes. Foreclosure should be the last desperate attempt to recover the association’s money. An HOA should consider a merit-based collection agency to recover its delinquent money before moving to put people out of their homes. Notices should be given to a delinquent before any action is taken.

How do other HOAs in South Dakota manage their collections?

The traditional way to collect is to have the management company send a few courtesy letters to a delinquent owner and then send the file to the attorney for foreclosure. South Dakota is a Judicial Foreclosure state and the process can be long and expensive.

How to handle collections for HOA subdivisions in South Dakota?

The best way to handle collections for HOAs is to engage the owners and be armed with all the information you can acquire. Know the equity in the unit, read and understand the governing documents, find out where the owner is, and then begin to engage in the collection efforts. Once again, this is a very heavily regulated industry so this should be done by professional and licensed companies. Once you engage with an owner, you may be surprised to see that most of them will cooperate and come to the table. You just have to ask them and be willing to work with them.

Do HOAs in South Dakota have a right to collect post-petition assessments from the new owner?

Yes. The board of directors has a fiduciary duty to collect these assessments and if the individual is not in bankruptcy there is nothing legally stopping them from the collection of delinquent assessments.

What is the South Dakota statute of limitations on collecting HOA debt?

Is there a statute of limitations on HOA collections in South Dakota for out of state owners?

Yes. South Dakota does not differentiate between an in-state and out-of-state owner from a collections perspective.

Is an HOA required to register before collecting fees in South Dakota?

Yes. An HOA and Condo must be a properly registered corporation and up to date on all of their state and federal filings. There is no special registration required.

Is there a limit on the fees (late fees, penalties) an HOA can charge for delinquent assessments in South Dakota?

Yes. Since no standardized regulations exist regarding HOAs, community rules can vary drastically. Community associations have the freedom to create and enforce as many, or as few, regulations as they desire so long as they do not contradict any state or federal laws. Regarding late interest, whether or not the governing documents are silent on the matter the association can charge the maximum allowed by law which is 12%.

How can you dispute an attempt to collect on HOA assessments in South Dakota?

If the file has not gone to the attorney it is advisable to contact the manager or treasurer of the association to get a copy of the delinquent ledger. Then review the ledger and if you can prove that you made payments that were not applied properly, advise the management company. If the file has been sent to a collection agency the law requires that the collection agency give the debtor 30 days to dispute the debt.

How The Future Collects

Traditionally a board of directors will have their management company send a delinquent file to an attorney for collections. The question is: Are attorneys collecting or merely foreclosing on your neighbors property? Are you receiving checks from your attorney from delinquent owners or titles to properties that you have to then monetize?

HOA collections should be about recovery, not punishment. At Axela Technologies we keep our eyes on the prize, and our only goal is to recover every cent that is owed to your association, period.

Collections is traditionally an outdated industry, relying on phone calls and threats to get the job done. At Axela, we believe that ethical collections is not only possible, but necessary if we are to succeed.

So we have brought our collections operation into the modern age with email, SMS, transparent reporting, and recorded calls our clients can review online. On the back end, our process relies on information gathering and prediction algorithms that help us determine the best way to approach each individual case, making sure we have access to all the facts.

Delinquent homeowners are real people with genuine problems that need to be addressed. We never forget that we are dealing with people’s homes and their very lives.

Even in this digital age, the value of a real live human being cannot be underestimated. We combine our advanced technology with a human touch to construct a resolution that serves both the homeowner and the association. We do this by engaging them, listening to them, and helping them get on the right track. It’s good for the membership and great for your community association.

We are a specialized collections service which means a great deal in the community association industry. Understanding the nuances of how people fall behind in their maintenance fee payments and how to resolve their issues is a science and an art. At Axela Technologies we have what it takes to “move the needle” and recover 100% of what is owed to the association and the best part is that we are totally merit based. IF WE DON’T RECOVER YOUR MONEY WE DON’T GET PAID. A pretty simple concept but a bold promise at the same time.

Our proprietary software is second to none and we have the ability to keep the management and board of directors informed in real time 24/7. Our system never sleeps. The technology is fantastic and is only equaled by the people who will service your delinquent members and work with them to resolve their delinquency issues.

Schedule A Personalized Walk Through

In your free demonstration of Axela Technologies customer portal, you'll see how the process works for a delinquent owner and the transparency Axela provides into the collection process, with every action from our collections team being logged and documented for your review.

Show Me The Demo 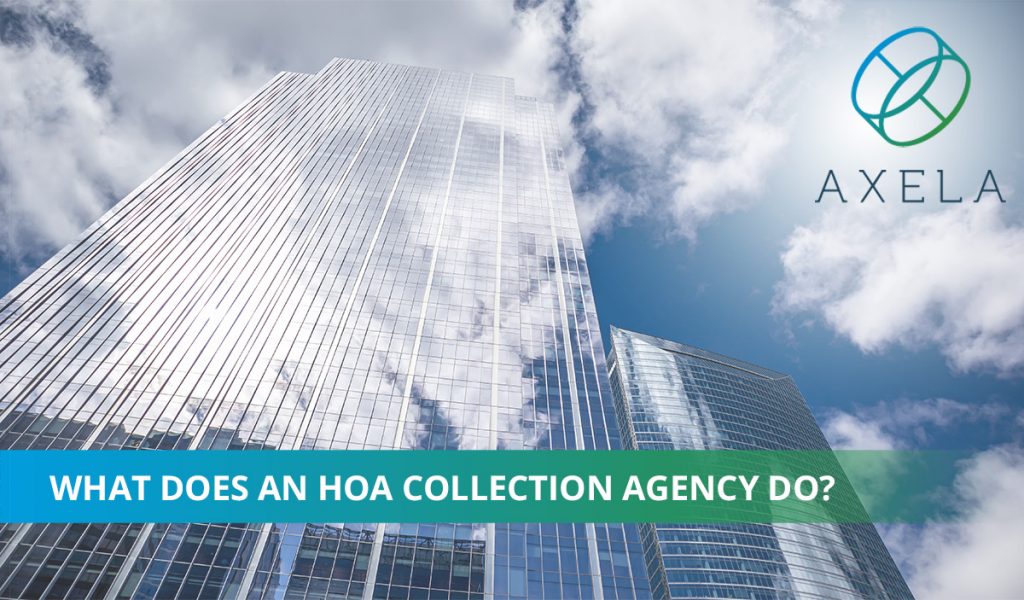 What Does an HOA Collection Agency Do? 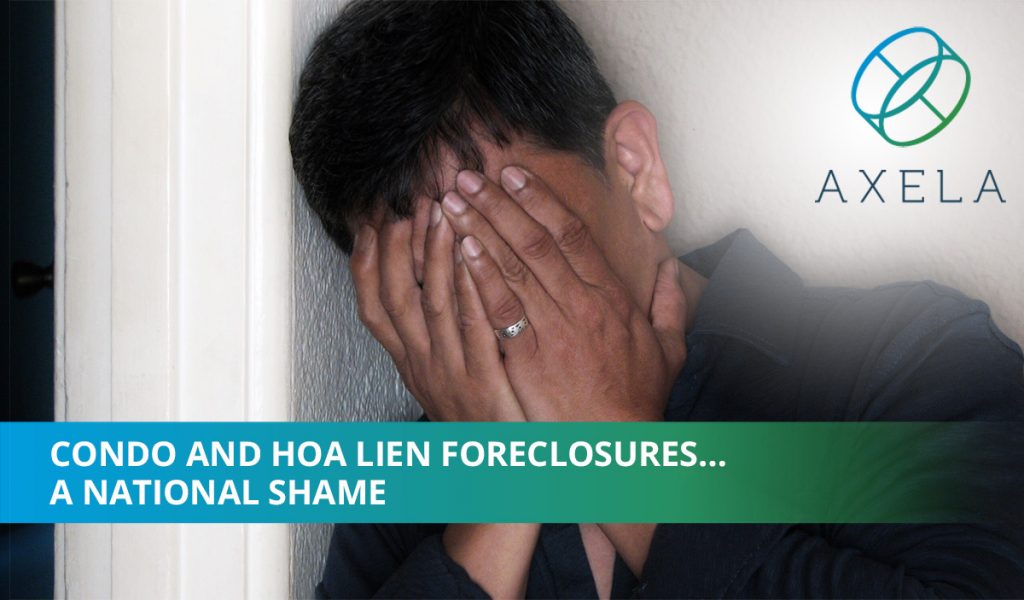 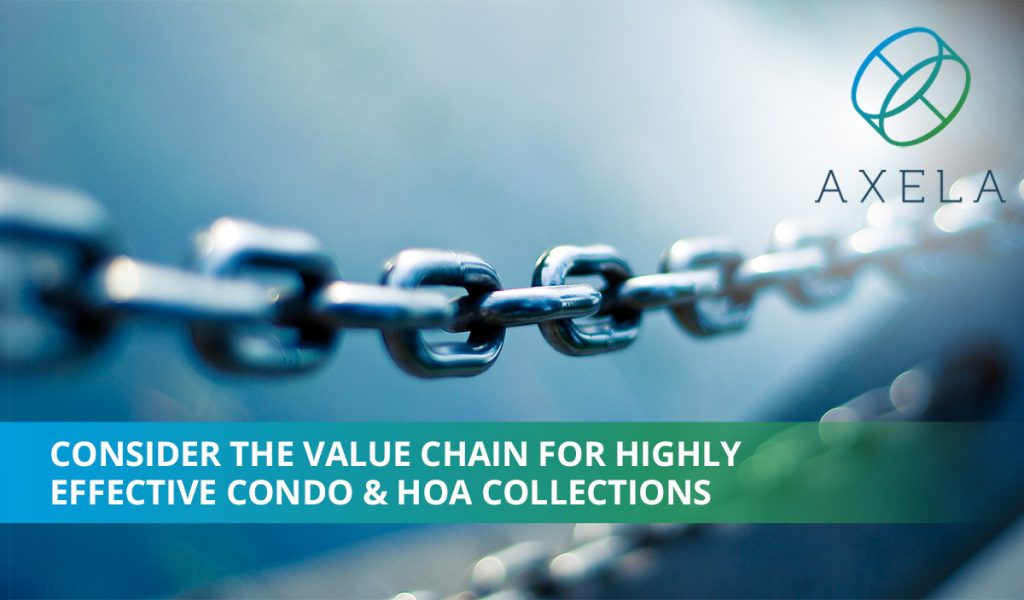